The other night as Daniel and I were tucking Jackson into bed he started asking a lot of questions about God and heaven.  He wanted to know why we could not see heaven when we look up at the sky and why does God punish bad people...  all questions that we have thought about at one time or another.  I found the exchange to be so sweet and innocent as he was searching for answers to some difficult questions.  Both dad and I believe that Jackson and Peyton need to find their own beliefs, whatever those may be, but we are not forcing our beliefs on them.  We are sharing what we believe, but with the idea that faith is what guides us to our own beliefs.

So this brings me to my questions for my followers... have your children asked questions about God and how have you handled those?
Posted by A.J. at 12:12 PM 1 comment:

Jackson's class had a Valentine's Day party last Friday and made special gifts for both dad and daddy plus he got loaded up on sugary treats!  I was feeling a bit under the weather (got the stomach bug that's been going around and a fever so I was out for 5 days with that).  Anyway, Daniel went to help out with the party in my absence and took these pictures of the festivities... 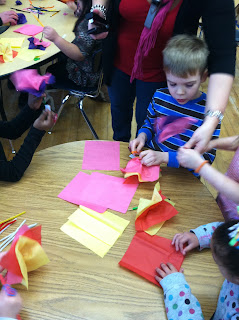 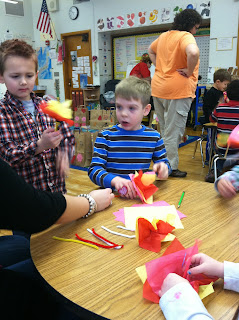 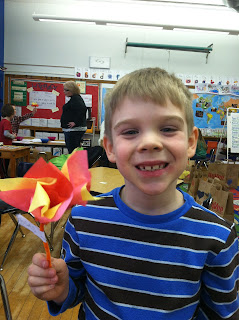 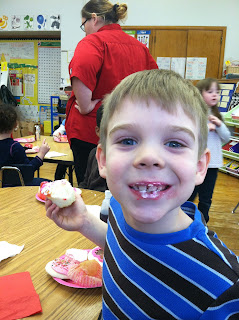 Last night both Jackson and I made a really nice Valentine's Day card for dad (who is out of town this week and will not get it under Friday when he gets home).  The card will go with some other things we bought for dad earlier in the day that we can't wait to give him!  We had a good time eating chocolate, talking, and coloring pictures on the card.  We don't do that nearly enough, mainly because I'm usually wrapped up in stuff with Peyton, but I think we are going to do more crafty things like that in the future!  :-)

We are all very excited that Mamaw arrives in town tomorrow night for 2 1/2 weeks and will be staying with the boys while dad and I go on a mini-vacation to Las Vegas!!  I can't wait!  More details on that coming soon!!

UPDATE:  When to the eye doctor today and I have 20/20 vision and the doctor has released me from his care unless I have any problems!  YEA!
Posted by A.J. at 3:35 PM No comments:

Yesterday we got a couple of inches of snow in Des Moines (unlike the 20 inches of snow Denver got - YIKES) and it was very cute to watch Peyton stare out the window taking it all in... 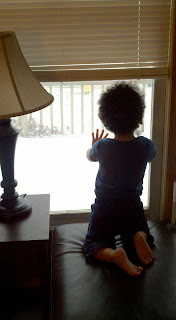 We all spent a fun, lazy morning together after Dad had been out of town all week for work.  Peyton even took advantage of the time making his own seat by dumping out all of his toys from a basket and sitting in the basket.  The Big Bad Wolf's dream come true?  LOL. 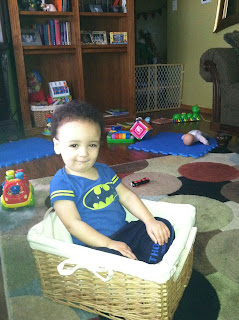 Jackson and I braved the snow later in the afternoon and ran to the grocery store.  I was surprised that it wasn't as packed as I thought it might have been.  When we were all done and standing at the check-out, Jackson and I started to put the groceries on the belt and I noticed that the jug of milk appeared to be leaking a little bit.  This is the second time I've picked up a leaking jug of milk at Wal-mart.  What the up with that??  Anyway, the girl took the milk and slide it across the scanned before I could even say it was leaking and milk went everywhere.  WHOOPS!  LOL.

Dad made an awesome dinner for us with homemade french fries and baked chicken.  It was really yummy!  Peyton kept signing for "more" french fries!  Sometimes I wish I had a video camera attached to my hand all of the time to catch moments like that!

Today, we are having another lazy day not wanting to do much of anything.  Jackson and I did manage to get the front sidewalk shoveled!  I fried some bacon, made some oatmeal and toast and we had a big Sunday breakfast.  Afterwards when I was cleaning up the kitchen, Dad was busy responding to some work emails and Jackson was getting dressed so I went to check on Peyton... 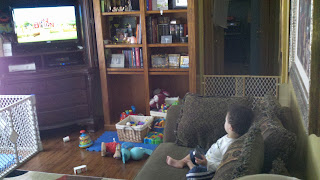 There is something about Iowa Public Television cartoons that gets his attention!  LOL.  This week we are keeping track of all our TV watching for the Nielsen Ratings and I laughed as I put down that our 1 year old was watching TV all by himself!  That doesn't happen very often!

As the rest of the world is getting super excited to watch the Super Bowl today, Dad and I are more excited about watching the Super Bowl Half-time show with Madonna!  I think this cartoon pretty much sums it up for us both! 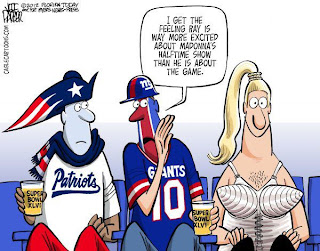 Happy Super Bowl Sunday everyone!
Posted by A.J. at 11:51 AM No comments:

I'm very thankful for all my family members in my life.  Yesterday, I had lasik surgery and my mom and Uncle Sam were awesome in helping me with the boys.  Daniel had to be out of town for a mandatory work conference and I didn't realize that when I schedule this surgery.  But everything worked out just fine thanks to my great family!  My mom spent the day at our house watching Peyton and Uncle Sam picked up Jackson from school and then took his back this morning as I had a follow-up visit with the doctor today.  I'm happy to say that my eyes are doing just fine and I go back in two weeks for a final check!  :-) 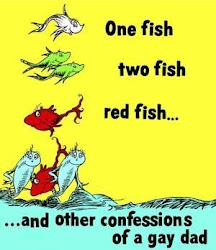